Warning: "continue" targeting switch is equivalent to "break". Did you mean to use "continue 2"? in /homepages/43/d376726663/htdocs/wp-content/plugins/a3-responsive-slider/admin/admin-interface.php on line 243 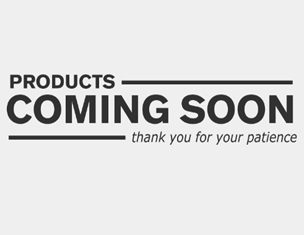 A resident of a Leyton property contacted us with serious concerns regarding mould in her building. She was concerned that there were serious problems with the building which were causing health hazards. There was particular concern that the building has rising damp.

There was evidence of a moisture issue in the smell in the building, along with black dots which look like mould.

Mould can cause significant health hazards, particularly for people who have Asthma or similar health problems. These people will find it difficult to cope in such an environment, as mould can cause adverse health reactions, making the premises uninhabitable.

The first step was to identify the cause of the smell and visible signs of the problem.

There are various checkpoints to consider before you can officially deem that a building has damp. Firstly, black dots and mould are normally the consequence of water trying to get out of the room or building. This usually points to issues of too much moisture indoors. Damp issues are very common, and aren’t always severe or under the surface.

Damp can be caused by common problems as the result of everyday use of the property, rather than due to significant and serious problems to the whole building.

This can include slow, unknown leaks, or even by just drying your cloths indoors and not opening your windows frequently enough to air the space.

Damp can also be caused by external elements of the building having failed, which causes water to ingress threw the walls, leading them to be consistently wet. The problem could be as simple a drain water pipe from the outside becoming dislodged, allowing water to run straight onto the wall.

The Solution to Damp

If you are concerned that you building may have damp, contact a qualified surveyor to assess the property and advise you on long-term remedies.

Often, a very simple solution damp is to make sure that there is enough ventilation in the property. This allows as much fresh air in as possible when possible.

Our team have the experience, knowledge and contacts to remedy concerns with damp in a building, from very simple issues to the more serious and permanent.

Often, we can advise you to make very simple changes which are not intrusive. On the rare occasion, construction work will be necessary. However, please do contact us before making any decisions so that we can conduct a professional analysis.

In the end, the resident was reassured as there was nothing significantly wrong with the building. We also analysed the situation to ensure that the health issues that she may have been experiencing could be solved by simple approaches.